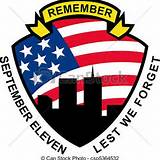 I was living in Florida at the time of the 9/11 tragedy. I was taking a shower and heard my roommate yell "Oh my God", Oh my God, look at the fire". I quickly got out of the shower thinking our place was on fire and as I walked in the living room and saw on TV the second plane hit the tower. I knew in my heart that this wasn't an accident and I had a release of emotion that the only other emotion I could compare it to was the death of my parents.

I sobbed so hard and cried for hours and just couldn't comprehend it all. In some weird way it seemed like I was watching a movie. I use to hear my uncles and father talk about Pearl Harbor. At that time in my teens when they talked about it, I couldn't fathom how such a tragedy could bring a nation together. I understand that very well now. Its going on 14 years and it still as real when ever I see the pictures or when this day comes along. 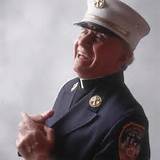 A few years after 9/11 I watched the Documentary The Saint Of 9/11. It is the story of Father Mychal Judge. He was a Franciscan Friar who in 1992 was appointed Chaplain for the New York Fire Department. Father Mychal was known for his work with the homeless and his dedication to the men and women who served on the NYFD.

On September 11, 2001 Father Mychal rushed to the scene meeting then Mayor Rudolph Giuliani. Father was said to be praying over bodies and going into the towers. It has been said that the Mayor said to Father Mychal come with me but Father said "I want to be with my men". 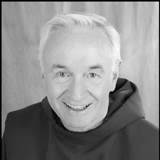 He went with the Firemen into the North Tower and as the South Tower collapsed He was struck in the head. According to Michael Daly of the New York Daily News, Father was praying out loud, "Jesus, please end this right now, God, Please end this". Then he was struck and died. His body was carried out on a chair stretcher by Firemen and EMS workers. That moment was caught in a photograph by Shannon Stapleton from Reuters. 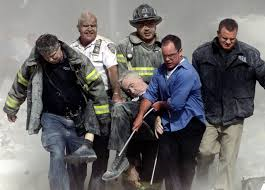 Father Mychal Judge was the first official victim of the attacks. Even though others were killed before him he was designated Victim 0001 because his was the first body to be recovered and taken to the Medical Examiners Officer. He had over 3000 people attend his funeral and touch thousands of lives during his time on this earth.

All the people who died and gave their lives that day are Saints and I don't think those of us who were older than 10 will ever forget that tragic day in history and in our lives. My prayers are still going out to the families. So on this day I say to everyone. I love you as a human being and I pray that we can live in peace and harmony and whatever differences we may have it is not what defines us but how we treat each other every day.
LJP
BB


BROCKTON -- Mayoral candidate Bill Carpenter unveiled his 10-point "Brockton Fights Back" crime-fighting plan to restore safe neighborhoods to the City of Brockton, today telling beleaguered Brockton residents that, "Help is on the way.""The City of Brockton is at a crossroads. We will either roll over and let the criminals take control of our city or we will fight back. I choose to fight back!" said Carpenter. "We will take back our neighborhoods, block by block."
At the heart of the Carpenter 10-point plan is the following:
1. Relentless Pursuit: We will relentlessly, aggressively pursue, remove and prosecute every gang member, thug, pimp and drug dealer in the City of Brockton.
2. Saturated Enforcement: Increase police presence using motorcycle patrols and deploy traffic units to conduct motor vehicle stops in high gang/high crime areas. Utilize every available resource to take back control of the city.
3. Counter-Insurgency Techniques: Adopt counter-insurgency tactics, similar to those used by the U.S. Military in Iraq, to identify and remove urban terrorists from our neighborhoods.
4. Community Police: Every Brockton Police Officer will be a Community Police Officer, working within the community to establish a partnership with the residents of Brockton to fight crime in every neighborhood.
5. Community Involvement: Establish a Street Leader Program, Neighborhood Walks, and distribute materials to residents in multiple languages. Re-launch and promote a “Text a Tip” program, for anonymous reporting of information to police.
6. Police Hiring Plan: Create an aggressive hiring plan to increase the size of the Brockton PD. Proactive Policing will require more “boots on the ground”.
7. Quality of Life: Utilize City Ordinances to conduct Quality of Life Enforcement Campaigns in target neighborhoods. Enforce Loitering, Public Drinking, and Noise Ordinances. Apply the City’s Nuisance Ordinance to remove graffiti, junk vehicles and secure and clean up abandoned homes.
8. Drug Court: Work with State and County leaders to establish a Plymouth County Drug Court in Brockton. 90% of property crime is committed by people stealing to support a drug/alcohol addiction.
9. Community Forums/Programs: Establish regular community forums, meet with civic associations, faith-based groups and newly organized neighborhood associations. Develop & expand community based programs geared toward young people at risk.
10. G.R.E.A.T Program: Re-implement the G.R.E.A.T Program (Gang Resistance Education & Training) in the Brockton Public Schools as the first step in implementing anti-gang and anti-drug curriculum into our Middle and Elementary schools.
Carpenter also announced on Thursday that former Boston Police Deputy Superintendent Robert Hayden, has joined the campaign as his Special Advisor on Public Safety. Hayden is credited with creating Boston's first city-wide anti-crime gang unit. Hayden is also the former police chief in the City of Lawrence. He also served as Under-Secretary of Public Safety within the administration of the late Governor Paul Cellucci.
"The essence of any successful crime plan is to be relentless," said Hayden. "It is relentless pressure on criminals 24/7. We do that by using every available resource to take control back of the city. You send the message to the criminal element that their actions will not be tolerated and they will be arrested and relocated to a jail cell."
While all the candidates for mayor in Brockton support putting more police officers on the street, Carpenter believes he is the only candidate who has put forth a financial plan to fund the additional boots on the ground.
"I will aggressively develop our water, sewer and electricity resources to generate the revenue necessary to provide real property tax relief and put 50 more police officers on Brockton’s streets." said Carpenter. "The Brockton Police Department is drastically understaffed and there has been no attempt by the Balzotti administration in the past four years to put more officers on the streets.”

LETTER BY MAYOR BALZOTTI IN 2013 ADDRESSING THE RISE IN CRIME

What has been done. We have the latest in Fingerprint Technology. We will know in seconds if a person has a warrant. No more "I lost my license". Camera's are going thru out the city. New Shot Spotter. 16 Cadets in total coming on in the next couple months. Motorcycle and foot patrols. New Police Cruiser"s and unmarked cars.

Overall crime is down and Major Drug busts are up. We are making a dent in Crime and don't listen to the one's that scare and scream nothing is being done. The facts are out there and we are doing it.

HERE IS THE MINIMIZED BREAKDOWN OF THE CITY OF BROCKTON BUDGET FOR 2016. THE ACTUAL BUDGET IS OVER 400 PAGES LONG AND HERE IS THE LINK FOR IT. PLEASE CLICK HERE AND IT WILL BRING YOU TO IT. ALSO ON THE SCRIBD DOCUMENT ON THE RIGHT SIDE CORNER THERE IS THE MAXIMIZE BUTTON CLICK THAT AND THE PAGE WILL BECOME FULL FORMATED.